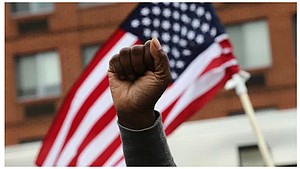 While the National Urban League’s State of Black America 2017 report, which was issued Tuesday, is optimistic on some points, it still outlines a lack of access to opportunities for growth and improvement for African-Americans in the United States.

Joshua Holland, writing for the Nation in August, noted, “If current economic trends continue, the average black household will need 228 years to accumulate as much wealth as their white counterparts hold today. Absent significant policy interventions, or a seismic change in the American economy, people of color will never close the gap.”

Morial spoke to declining voter turnout and said there was a need for more involvement if the black community can ever hope to see help in this regard from its elected leaders.

“In state, local and off-year elections, black voter turnout has been low, and it’s trending lower,” Morial said. “At the same time, you have voter suppression efforts underway in more than half the states, which can have an adverse impact on over 50 percent of African American voters, you have declining participation among blacks in the political process.”