Beale Street Tourism Authority could be on its way out 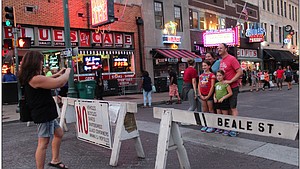 The Memphis City Council Tourism Committee unanimously voted Tuesday to get rid of the Beale Street Tourism Authority, whose job is to design and maintain the attractiveness of the Beale Street Entertainment District while also seeking proper management. The Beale Street Tourism Authority (BSTA) hasn’t been around for very long. The 13-member board was created in 2015 during former Mayor A C Wharton Jr.’s tenure. Councilman Martavius Jones (Super District 8, Position 3) introduced the resolution that would do away with the BSTA. The purposes for which the authority was created have been “substantially accomplished,” Jones said. With the Tourism Committee vote, It would next take a majority vote of the full council to dissolve the BSTA. The council meets next on April 11. If there is a favorable vote, the City of Memphis would then need to file dissolution papers with the Tennessee Secretary of State. Shards of conflict have been flying, with ongoing delays and assertions of prejudice and racism associated with the process of finding permanent management for the entertainment district. The Downtown Memphis Commission is serving as interim manager. The most recent public debate about who should run the street has involved the Beale Street Tourism Authority, the Beale Street Merchants Association and an African-American-owned firm called 21 Beale St., which was the last entity remaining after the BSTA sifted through management proposals. The BSTA subsequently took the position that it didn’t have confidence in any of the would-be managers, including the 21 Beale St. group. The BSTA’s lack-of-confidence position mirrored the stance of the Beale Street Merchants Association. Ken Taylor, executive director of the Beale Street Merchants Association, chose not to comment about the association’s squabble with 21 Beale Street when The New Tri-State Defender asked him about it this week. Taylor did say he was happy about the Council Tourism Committee’s vote to do away with the authority. “We’re looking for a swift resolution to find management for Beale Street very quickly,” Taylor said. “It affects our ability to get sponsorships, tenants, etc.” Taylor said he had major faith in Terence Patterson, director of the Downtown Memphis Commission. “Whether it’s the Beale Street Tourism Development Authority or the administration (of Mayor Jim Strickland), our number one focus is making sure we’re good stewards of Beale Street,” Patterson said. “So we are committed to doing that.” The Tourism Committee meeting also drew Lucille Catron, owner of the Historic Daisy Theatre and executive director of the Beale Street Development Corporation. She called the dissolution of BSTA “needed and necessary.” “We have too many entities that are on Beale that are not related to Beale Street,” said Catron, who added that she hoped the council would look into entities that she is convinced have too much of a hand in the decision-making process concerning the Beale Street district. Several lawsuits involving the entertainment district are pending. They include the dis-pute over management of the district Beale Street and a challenge of the controversial Beale Street Bucks program, which amassed money by charging a $10 entry fee into the district. Beale Street Bucks was proposed as a security measure. “If there was equity on Beale Street, there would be no need for the lawsuits,” Bernal E. Smith II, publisher and CEO of The New Tri-State Defender, said after the Tourism Committee meeting. The Beale Street Tourism Authority had failed miserably in executing its purpose, said Smith, who added that he was worried about the BSTA’s treatment of African-Americans busi-nesses on Beale Street. “They had two goals – two measures of success,” Smith said. “Neither one of them were accomplished.” The New Tri-State Defender is located in the entertainment district at 203 Beale St.
Read more

City official: Memphis has made progress with minority contracts, but it’s not time to celebrate yet 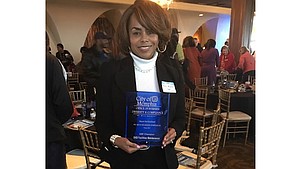 Meet Kelley Bynum. She, along with her husband, founded SKB Facilities & Maintenance, a local janitorial service that the couple has been working on for close to 10 years; all while working full-time jobs. “It was a process,” Bynum said. “It was a matter of finding out how to run a business, what it takes, funding – all those things.” The Bynums now have close to 200 employees and a contract with the City of Memphis. On Wednesday afternoon, she accepted the SBE (Small Business Enterprise) Champion Award, given during the second We Mean Business Symposium hosted by the City of Memphis Office of Business Diversity and Compliance at the Tower Center Room at Clark Tower. While business is booming now for Bynum and company, she readily remembers the doubts and rough spots. Joann Massey, the director of Minority and Women-Owned Business Development for the City of Memphis, is maneuvering to help more budding entrepreneurs succeed. “Often times, people don’t know where to start,” Massey said, referring to access to opportunities and funding for start-up businesses, especially ventures initiated by minorities. In Shelby County there are 49,000-plus African-American-owned business; only 784 of them have employees. Most are self-employed businesses, with many operating out of homes. “We’re trying to streamline the services offered to small, women- and minority-owned businesses and make access to them easier,” Massey said. That’s part of the reason why she developed “Propel.” It’s a 12-week program focused on helping existing businesses strengthen their models, the delivery services offered and engagement of customers – both public and private. “Businesses can’t afford to close their doors for a day going to offices, organization, filling out paperwork, and taking them places.” Last year, Massey, along with other city leaders, introduced the “We Mean Business Symposium” in conjunction with several other partnerships. She also oversaw the launch of a series of websites where people looking to start their own businesses can learn about specific licenses needed to operate. To get a contract with the city, a business must be able to supply a service the city needs - such as construction. However, the city can still help other business owners get on their feet. Helping minorities in Memphis is a passion for Massey. That concern is a way of life with roots in the New Chicago neighborhood where she grew up and experienced the effects of poverty first hand. “Being an African American, I know the challenges and the barriers we face,” Massey said, “and I’m all too familiar with them.” Massey has her sights set on helping to grow generational wealth for African Africans. She knows that increasing minority-owned businesses is crucial to that goal. Memphis, she said, moving in the right direction. “We’re not satisfied,” Massey said. “We’re not celebrating.”
Read more

Henry Hooper’s brush with ‘The Greatest’

As people in myriad parts of the world noted the passing (June 3) of Muhammad Ali with conversations online, on telephones, in person and with varying points of interest, some who meet in a club of friends near Booker T. Washington High School also thought of Henry Hooper II. “When I walked into the club, they said, ‘Hey, I haven’t heard anything about you on the TV,’” said Hooper. A retired Marine veteran and current State Farm Insurance agent, Hooper stepped into the ring with Ali (then known as Cassius Clay) during the Olympic Trials of 1960. The trials, which included men in the Armed Forces, were a series of so-called sparring matches held over the course of three days at the Cow Palace in San Francisco. In the book “Rome 1960,” David Maraniss writes about the tournament, detailing personal testimonies and first-hand experiences of those who participated in the trials. Hooper was a skilled fighter and he knew several forms of martial arts. A Memphis native and BTW graduate, Hooper said he always aspired to go into the service. “I had no ambition to be a professional fighter,” said Hooper, who shared his story with reporters at his South Main office the day before Ali’s Funeral. “I was a soldier.” Hooper made several tours of duty overseas. Ali, who pointed to his religion beliefs and his opposition to the Viet Nam War, refused to go into the U.S. military. Labeled a “draft-dodger” by many, he was stripped of the heavyweight boxing titles he won in 1964 with the upset of Sonny Liston. Hooper said he respected Ali’s views. “He was man enough to stand up for his convictions. …He stood up for what believed in, and I used that same aspect in my life.” On May 19, 1960 Hooper and Ali stood toe to toe. According to “Rome 1960,” Hooper was felled by a devastating knockout punch by Ali in the third round. That doesn’t exactly square with Hooper’s recollection. “In boxing, you’re told to never take your eye off your opponent,” Hooper said, remembering that final round. “The referee was saying something, and I glanced at the referee. There’s a mandatory one-step back, we’ll (Ali) didn’t step back, he just rocked back and he rocked right in my jaw.” Hooper said he went down, but immediately popped back up. However, the referee gave the win to Ali, saying it was a technical knockout. And, said, Hooper, there was no sparring – only fighting. “That’s the real story.” After the fight, the two went separate ways. Cassius Clay won the Olympic gold medal, became Muhammad Ali and won the heavyweight crown three times en route to becoming a legend in and out of the boxing ring. Later as a combat medic, Hooper was part of the U.S. Army’s renowned Green Berets. Assigned to the Secret Service, he provided security for four U.S. presidents. In 1960, Hooper never envisioned the man he fought as someone who would become arguably the greatest heavyweight champion. “Cassius and I had similar styles, and I didn’t think he was any better than I was,” said Hooper. Fifteen years after their bout, Hooper met his one-time opponent as Muhammad Ali at a state dinner at the White House. “(Ali) approached me, saying, ‘Man, don’t I know you from somewhere?’ And I said, ‘1960. Olympic Trials. Cow Palace.’” Today, Hooper sells insurance in Downtown Memphis. He remembers a time when Memphis was a boxing mecca. “They used to have it as an after-school program, but someone got hurt and they had to stop.” Noting Ali’s worldwide impact, Hooper said people should always strive to be the best they can be and help make the world a greater place. “When you’re here, you should do the best you can with whatever God-given talent you have and hopefully you have an impact on the lives of people, not just for personal satisfaction,” he said. “I think that’s what I took out of (Ali’s legacy) mostly.”
Read more

Tommi Matthews - 01/08/2015
In a seemingly increasing number of venues in various places in Memphis, discussions about improving police-community relations are popping up like new grass after winter. Such was the case on Tuesday as the Whitehaven Kiwanis Club devoted its Dutch Treat...
Read more
1...545556Page 56 of 56