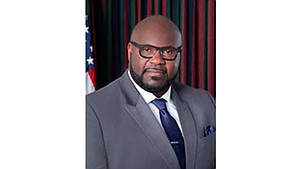 By his own admission, Memphis City Council Chairman Berlin Boyd had heard plenty of criticism of what he termed his “new found relationship with the Beale Street Merchants Association.”

That relationship was an agreement to flow money his way for help in finding corporate sponsors. And as word of the deal began to circulate, the arrangement grew progressively more controversial.

So at Tuesday’s council meeting, the District 7 councilman said, “I am going to rescind my contract with the merchants association.”

And, said Boyd, “I really want to apologize to each of my colleagues. As your chairman, and I say that with all sincerity, because I don’t like this body being in the news for anything (considered negative).”

Two weeks ago, Boyd, along with other council members, approved a resolution allowing the Downtown Memphis Commission (DMC) to reimburse the Beale Street Merchants Association (BSMA) in select expenses, such as security used on nights that the Beale Street Bucks program is in effect.

And note, the DMC is not required to reimburse the BSMA.

However, Boyd failed to disclose the contract that he signed with BSMA back in August.

“I had no intentions that this was going to go this way,” Boyd said, detailing that he had forgotten to recuse himself while voting on the resolution for reimbursement.

“At the end of the day, I had a legal opinion. I had the state of Tennessee’s opinion about whether or not it was a conflict of interest.”

“Under the City’s Ethics ordinance Mr. Boyd is only required to disclose a personal interest that affects or that would lead a reasonable person to infer that it affects his vote on a measure. Recusal is not required, but is within the discretion of the officer voting on the measure. It was my understanding that Councilman Boyd intended to make the requisite disclosure and even recuse himself from the vote even though recusal was not required.

“Finally, it is my opinion, consistent with prior opinions by past City Attorneys, that Mr. Boyd does not have a personal interest as defined by the ordinance that would require disclosure or recusal. He does not have a financial, ownership or employment interest in the subject of a vote by the Council. Management of Beale Street and the City’s leasehold interest in the buildings, as distinguished from the actual right of way, on Beale Street is an administrative matter under the Mayor’s control. The Council is not involved in administrative matters.

“The Council is involved in granting franchises and licenses to third parties to use the rights of way and has only been involved to insure that adequate security is provided to protect the citizens who visit the street on Saturday nights. There is no conflict in any council member using his or her vote to protect the health and safety of citizens. Councilman Boyd has no financial interest in the vendors hired by Downtown Memphis Commission to fulfill this objective.”

On Tuesday, Boyd said, “It’s no different than if I was going to go to Silky O’Sullivan’s and get a job waiting on tables.”

As for the controversial Beale Street Bucks program, it lives to see another day. It was put in place in June 2016 with the aim of addressing concerns about overcrowding and crime. Patrons entering the entertainment district during enforcement periods are charged a fee.

On Monday, the Beale Street Task Force met to discuss progress in terms of safety in the district. A decrease in reported crime was noted. The Task Force will meet again in two weeks.