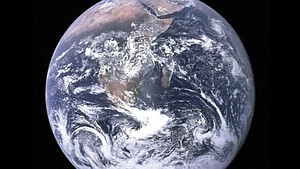 What is Earth Day?

Earth Day began in America in 1970 as a day to celebrate the planet and encourage people to be more environmentally friendly. It is now an annual event and is widely regarded as the beginning of the modern environmental movement.

Activities associated with the day often include planting trees, raising awareness about recycling, volunteering for green projects, and reducing the amount of energy people consume.

Earth Day is supported by a host of celebrities, including Leonardo Di Caprio, Emma Watson, Miley Cyrus and Matt Damon.

Earth Day is held on Saturday, April 22, every year.

How did Earth Day start?

Earth Day was founded by Gaylord Nelson, then a US Senator from Wisconsin, after he witnessed the ravages of the 1969 oil spill in Santa Barbara, California.

Inspired by the student anti-war movement, he realised that if he could combine that energy with the emerging public consciousness about the environment, then it could be propelled into the national political agenda. April 22 was picked as the date for Earth Day as it fell between spring break and final exams.

By the nineties, Earth Day had gone global with 200 million people in 141 countries on board, lifting environmental issues onto the world stage.

One billion people across the world now get involved with Earth Day each year making it the largest civic observance in the world.

The celebration has its own flag that features a picture of the Earth taken from the Apollo 17 spacecraft on its way to the Moon.

20 million people participated in the first ever Earth Day in 1970.

In 2008 Disney launched Disneynature, a channel dedicated to environmental documentaries, in celebration of Earth Day.

Last year Earth Day was chosen as the day on which the US, China and some 120 other countries, would sign the landmark Paris Agreement on climate change, bringing the agreement into force.

How to get involved

The Earth Day theme for 2017 is environmental and climate literacy. There are Earth Day events taking place across the globe. Check the Earth Day website for more information.

You can get involved without attending an official event by trying some of the following activities:

Use a reusable coffee cup

Make sure you recycle

Take a tote bag to the shop

Go meat or dairy free at least once a week

Grow your own fruit and veg