By Adrian Sainz, The Associated Press 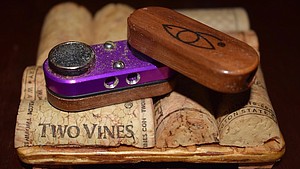 Attorney General Herbert H. Slatery III issued an opinion saying that marijuana decriminalization ordinances like ones passed in September by the Nashville Metropolitan Council and last month by the Memphis City Council conflict with state law, specifically the Tennessee Drug Control Act of 1989.

Such a penalty is in contrast to the Drug Control Act, which calls for people caught with a half-ounce of marijuana or less to face a misdemeanor criminal charge punishable by up to one year in jail and a $2,500 fine.

Advocates for marijuana decriminalization also say such ordinances also will help eliminate racial disparities in marijuana-related arrests. A September 2014 report by the Center on Juvenile Justice and Criminal Reform, citing statistics in five states that implemented marijuana reforms, concluded that blacks were more likely to be arrested for marijuana offenses than all other races and ethnicities.

Some state lawmakers have questioned whether the ordinances and their reduced punishments conflict with the stiffer penalties required by state law. Republican State Rep. William Lamberth, chairman of the House Criminal Justice Committee, has said he is considering filing a bill in the next legislative session that would withhold state highway funds from cities that fail to enforce the state marijuana law.

The district attorney and police chief in Memphis and some city council members also expressed concern about the ordinance, including that citizens may incorrectly assume that marijuana is now legal to use and sell.

Memphis police issued a statement Wednesday night saying the department is reviewing the attorney general’s opinion and is suspending enforcement of the ordinance for now.

In his opinion, Slatery said a municipality is not authorized to enact an ordinance that conflicts with either the federal or state constitution, or state laws.

The opinion states the ordinance hurts the state’s ability to enforce the act’s provisions in a unified manner throughout Tennessee, “which would result in disparate and impermissibly enequal treatment of offenders.” The opinion said the measure interferes with the discretion of a district attorney to prosecute violations of the act.

Russ Pulley, a co-sponsor of the Nashville ordinance, said the council’s lawyers were consulted and they signed off on the measure. He said the ordinance runs in conjunction, not in conflict, with state law.

Berlin Boyd, sponsor of the Memphis ordinance, said he is not moving to change or rescind the ordinance.

“It’s just an opinion,” Boyd said. “There is no judge that says it is unconstitutional.”