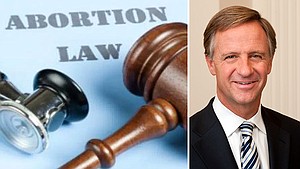 The measure will further limit the few abortions already performed in Tennessee past the point of fetal viability — and potentially send doctors to jail if they fail to prove in court that an abortion of a viable fetus was necessary to save a woman’s life or prevent substantial or irreversible harm to a “major bodily function of a pregnant woman.”

On July 1, Tennessee will become one of at least 21 states that explicitly ban abortions beyond viability. But the measure, called the Tennessee Infants Protection Act, goes further than most other bans and could become the subject of a lengthy court challenge.

According to the outlet under the new measure, dubbed the Tennessee Infants Protection Act, doctors who don’t abide by the law can have their licenses annulled and face up to three years behind bars.