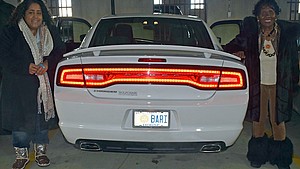 NASHVILLE — State lawmakers convene the 110th Tennessee General Assembly on Tuesday with new leadership in the Senate and a House speaker eying a gubernatorial bid.

Both chambers, featuring heavy Republican majorities, are scheduled to begin their organizational sessions at noon Central.

Longtime Sen. Randy McNally of Oak Ridge is the Republican nominee to succeed Senate Speaker Ron Ramsey of Blountville. Rep. Beth Harwell of Nashville is the GOP choice to stay in charge of the House, though her 40-30 nomination vote was closer than she hoped.

Harwell is among several prominent Republicans pondering a bid to succeed term-limited Gov. Bill Haslam in 2018, and political considerations might complicate a session in which the governor is expected to ask lawmakers to approve the state’s first gasoline tax hike in 28 years.

The governor has yet to outline a specific road funding proposal, though he has said he plans to detail his plan by the time he delivers his annual State of the State address on Jan. 30.

Haslam points to a $6 billion backlog in road building and maintenance projects, and to a recent comptroller’s report that found the purchasing power of the state’s 21.4-cent tax on each gallon of gas has fallen almost by half since it was last raised in 1989.

But lawmakers on both sides of the aisle are leery of raising the tax on gasoline without it being balanced out by some other tax cut. Several Republicans have called for decreasing corporate taxes, while Democrats argue for cutting the state’s sales tax on groceries.

Haslam argues that the state has already made several tax cuts in recent years, including the elimination of the inheritance tax and the phasing out of the Hall tax on income from stocks and bonds.

The call for greater transportation funding is also complicated by a large surplus in general-fund tax collections last year and the projection for more revenue growth to come. The governor stresses that a wide-ranging road program can’t be funded with one-time savings, and that other spending priorities in areas such as education and health care will compete for new dollars.

Other issues likely to confront lawmakers this year include:

SCHOOL VOUCHERS: Supporters of the perennial effort to create a school voucher program in Tennessee hope this is the year they can get the proposal through the House, where it has failed in recent years. Opponents of last year’s proposal argued that the $7,000 voucher per eligible child would siphon funding from cash-strapped public schools.

LGBT BILLS: About 300 companies have formed a group called Tennessee Thrives to urge lawmakers not to pass legislation similar to North Carolina’s transgender bathroom law, which requires transgender students in public schools to use bathrooms corresponding to their gender at birth and limits protections for LGBT people. The group also argued against any bills allowing businesses to deny services based on “religious objections.”

MEDICAL MARIJUANA: Two Republican lawmakers, Rep. Jeremy Faison of Cosby and Sen. Steve Dickerson of Nashville, want to have Tennessee join the other 28 states that allow the use of marijuana for medical purposes. Their bill would allow 50 growing operations around the state, including 15 in economically distressed areas.