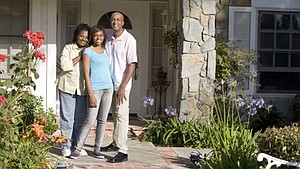 By 2027, Wells Fargo intends to have helped 250,000 African-Americans become homeowners.

The banking giant announced a $60 billion lending commitment over the next ten years, bolstering up the program with promised initiatives for financial education and counseling, among other things.

“We are proud to be the first mortgage lender to make a public commitment to help increase African American homeownership. And, we are grateful for the support of key housing and civil rights organizations, who work alongside us to increase economic prosperity in our communities.”

With this move, Wells Fargo will join the National Association of Real Estate Brokers (NAREB) and the NAACP and the National Urban League in addressing the homeownership gap that was significantly worsened during the housing market collapse of 2009.

“NAREB applauds Wells Fargo’s $60 billion loan commitment. The bank is the first financial institution to acknowledge publicly Black Americans’ wealth-building potential which could be greatly improved through homeownership,” said Ron Cooper, president of NAREB. “Let us all work together and grow this initiative which represents a solid and meaningful start for more Black Americans to become homeowners and wealth-builders.”

According to U.S. Census data, the African-American homeownership rate in 2016 was at 41.7 percent, which is near a 50-year low. Black homeownership hasn’t been this low since housing discrimination was still legal.