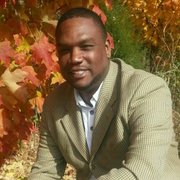 Watching the evening news, I am reminded of my life and how it once swung as if a pendulum – with destruction to one side, tragedy on the other and success in the resting point. From the stream of clips about crime it’s easy to get an impression of Memphis looking like Gotham City without Batman.

Popcorn as my partner, I watch the rolling account of crimes, knowing that most are committed by black males (many in less than 60 seconds) and that the acts ultimately will lead to many of the perpetrators spending much of the rest of their lives in prison. For those that aren’t marched off to the belly of the beast never to return, the road back is all up hill.

I know first hand that climbing the mountain to normal life with a felony background is a real challenge. Without a blueprint or some form of mentor, many like me would be free of the bars but on death row in our minds. I thought it wise to share some facts lost in the fire of this former felon’s climb up that particular mountain.

Before I met the Rev. Dr. Kenneth T. Whalum Jr., pastor of The New Olivet Worship Center, I had already seen him many times on television. As I returned home from many nights of breaking the law, I would watch television until I fell asleep. There I lay with pistol, mask and cash thrown about the bed, smelling like a robbery and watching this preacher breaking down the word of God like a college professor.

A lot of the things he said made me laugh but some burned like fire. I had lost the connection between real and reality. What he was saying was indeed real but my reality could not contain it; I had nothing to put it into.

“Favor with God will get you further than money could with man,” he’d preach.

Fast forward to my march into the belly of the beast. The year was 2001 and with multiple aggravated robbery charges, bond was set at $180,000. I had indeed done everything the fire-breathing prosecutor, Amy Weirich, was accusing me of – and even more. She’s now the Shelby County District Attorney, just so you can know what I was up against.

Spiritually, I was bankrupt. On the social side I was an outcast, with the members of my inner circle having named me the ringleader of all our crimes. Men I helped get more money than they’d ever made in their lives turned on me. Women I ate dinner with gave me up.

In the courtroom, all I had was my mother and this preacher and his trusted deacon. I had joined Pastor Whalum’s church before going away to prison and had gotten to know the loving-yet-tenacious Deacon Ann Chester very well during my transition from ignorant to sensible.

After spending roughly three years behind bars, I was released on parole and kept my word to go back to the same church and be a member and a blessing. Pastor Whalum gave me a job at the church and I was able to live on church property with my mom as I started the journey to a normal life.

Gone was my father, who stood outside of the courtroom and told my mom to forget about me; that I would receive so much time for my crimes that they’d be dead before I got out.

Also gone were my neighborhood drug-dealing idols – the ones that showed you how to go to jail but not necessarily what to do if you got out.

I viewed Pastor Whalum as sort of a mentor and I watched him like a hawk. I needed a GPS on how to think and act and visualize success. I took notes on how he treated his wife: opening car doors, flowers on their lunch tables and an ever-present willingness to bend to her comfort.

I saw how he raised and loved on his sons Kenneth Whalum III, Kortland and Kameron. I noted how he handled church business, members’ souls and the media. Nobody’s perfect and I’ll be the first to tell you that he is indeed human, yet a God-timed radical.

I’ll also assure you that he’d be the first to tell you that I’m human as well and have made many mistakes and misjudgments along the way. But what I will tell you most is that the mentor he became for me in that time was needed badly.

With black males accounting for so much of the crime in Memphis, I wonder how many of them have ever even had the opportunity to know a mentor. Largely, the consensus seems to be that felons are unsalvageable. Yet, former felons are part of the community.

Every city in America owns land, so why not designate every city grass-cutting position to former felons. A man’s self esteem can be helped immensely just by knowing that he can buy his daughter a dress at the end of the week or his son a toy truck. With the extension of such a helping hand, you create a new taxpayer and cut crime by employing people who have already proven to you that when they run out of ideas they will break the law.

Everyone isn’t going to have a Pastor Whalum to serve as a blueprint to success; and neither is it his or any other pastor’s job to calm the thoughts of any of us who make it through the fire of prison. Pastor is always saying, “Through the Fire and to the Fire” and it’s a cute saying until you actually live it.

Hopefully, this column will fall into the hands of those who need to know that they can live again after messing up really bad. That it is smart to quickly find a mentor so you can learn how to live right side up.

To the youth, if you can avoid prison altogether, avoid it. If you don’t have a father or older brother around, pick out a mentor now. I have come to many crossroads in my life and kept straight. I have to live with the results of those decisions and you will have to live with yours. Who’s going to tell your story and make sure that no facts are lost in the fire?

NOTE: Kelvin Cowans later went back and personally thanked the professionals involved in the prosecution of his case – Former Judge Author Bennett III, then- prosecutor and now District Attorney Amy Weirich, and then-prosecutor and current Shelby County Judge Lee Coffee. By doing their jobs they had positioned him to create a new life’s path.