By Eric Schelzig, The Associated Press 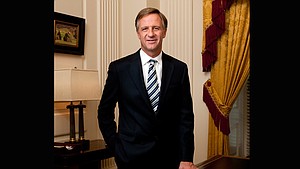 State Sen. Mark Green was supposed to capture to the core of President Donald Trump’s supporters.

But none of that has happened as expected, leaving an unsettled Republican field for the 2018 gubernatorial nomination.

The bid to replace and repeal the health care law fell apart, and Black, who chairs the powerful House Budget Committee, has given little indication since then about her plans about entering the governor’s race.

Green has put his gubernatorial ambitions on hold since being nominated by Trump to become the next secretary of the Army. That might lead tea party-styled Republicans like state Sen. Mae Beavers or former Rep. Joe Carr to jump in the race.

And Haslam’s transportation plan is poised for votes on both the House and Senate floors next week.

Harwell, who had publicly been neutral on the governor’s road funding proposal, caught her Senate counterparts and Haslam’s office by surprise when she suddenly declared her support for stripping the fuel tax hike from the bill.

Norris has championed the governor’s bill as including tax cuts that total more than would be raised through the fuel tax increases, while also beginning to tackle overdue road and bridge projects.

Norris voiced exasperation at Harwell’s last-minute efforts, saying he’d “never seen a real Republican run from a tax cut like she is.”

Harwell was long considered Haslam’s closest ally in the Legislature, and her likely governor’s bid was expected to take the shape of continuing the governor’s legacy. That began to fall apart when she declined to embrace Haslam’s effort to extend health care coverage to 280,000 low-income Tennesseans in 2015.

Despite strong support from the hospital industry, the business community and some wealthy potential donors, Harwell declined to get behind the effort called Insure Tennessee, and the measure failed without getting even one House committee vote.

Harwell’s disagreement with Haslam over the transportation bill appeared to signal another break with Haslam and a similar array of supporters. The move was seen as an attempt to position herself more to the right, though she has often been criticized by tea party groups for not being conservative enough.

But Harwell again appeared to change course late this week when she told reporters that she was “leaning” toward voting for the road funding bill if attempts to remove the gas tax fail on the floor. It’s unclear what prompted that apparent change of heart, or whether this stance will affect her gubernatorial aspirations.

With Green’s attention now focused on the Pentagon, the only Republican candidate actively campaigning around the state is Haslam’s former education adviser and economic development commissioner Randy Boyd. The Knoxville philanthropist burnishes his credentials as a natural successor to the popular incumbent.

“I’ll hopefully be able to do new and bolder things,” the Johnson City Press quoted Boyd as saying at a northeastern Tennessee event this week. “But I have to confess that I wouldn’t be here if it wasn’t for (Haslam), his guidance and his example.”

Boyd is the founder of Radio Systems Corp., a privately held company that makes invisible fences and other pet products with annual revenues of about $400 million. While he has pledged to run a traditional fundraising campaign, Boyd hasn’t ruled out tapping into his personal wealth during the race.

Potential opponents couldn’t help but take notice last month when the Knoxville Zoo announced Boyd and his wife, Jenny, were donating $5 million to the facility.

But asked whether Boyd’s ability to fund his own race would influence her decision whether to enter the race, Harwell responded with a curt: “No.”

Norris, who like Harwell is awaiting the end of the legislative session before deciding on whether to join the race, shared a similar sentiment.

“That’s less that he can spend on his campaign,” Norris said. “I hope he continues to spend freely.”

Another likely Republican candidate is Franklin businessman Bill Lee, who runs a regional plumbing and HVAC company. Lee is not well known in political circles and acknowledged to The Tennessean recently that he is not fully versed on hot button issues facing the state. But Lee would also be able to rely on personal wealth to get his campaign started.

While Norris acknowledged that it will take a lot of money to run a successful statewide race, he said there are limits to how much personal wealth can be used to sway voters in a governor’s race.

“I like to think still that it’s not merely for sale,” he said.

Former Nashville Mayor Karl Dean is the only Democrat to declare for the governor’s race so far, through House Minority Leader Craig Fitzhugh of Ripley is also considering a bid.