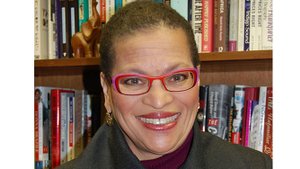 The unfortunate election of Donald J. Trump to the Presidency of the United States speaks volumes about the limits of African American involvement in the political system. Don’t get me wrong. I was born and will live and die a political junkie, obsessed with the minutiae of politics. Actually, I’m a recovering politician; having run for office, got my butt beat, and flirted with the possibility of doing it again for years. Politics is about making the rules of distribution, of deciding how laws determine who gets what, when, where and why. Politics, importantly, ensures that those, who make the rules are favorably disposed toward justice and fairness. Politics allows resistance, when those elected don’t follow the lead of their constituents.

Economics and politics are closely aligned. Economics also determines who gets what, when, where and why. “So-called” free markets determine the flows of economic distribution, but politics often regulates the way that these “so-called” free markets work. I say that these markets are “so-called” free, because we know that politicians distort markets to their liking. During a recession, for example, politicians agree that bankers need a tight rein on them that they can’t simply exploit for the purpose of earning predatory profits. After a recession, some politicians might loosen the rein on bankers and decide to let predatory markets flow free.

African Americans have righteously focused on politics and the political system, especially during the early days of the Civil Rights Movement, when the fight for the right to vote was a priority. People like Fannie Lou Hamer were beaten within inches of their lives, because they were determined to vote. Medgar Evers was killed because he was organizing voters. We had a focus on laws. Dr. Martin Luther King once said, “The law will not make you love me, but it will keep you from lynching me.” And so we focus on the laws and on politics.

The Trump election reminds us of the limitations of politics, and the need to focus on the economic aspects of our lives. Political involvement is necessary, but not sufficient for Black progress. Every single economic indicator shows African American people lagging. Not much has changed since 1967, when Dr. King said, “Of the good things in life, the Negro has approximately one half those of Whites. Of the bad things of life, he has twice those of Whites. Thus, half of all Negroes live in substandard housing. And Negroes have half the income of Whites. When we view the negative experiences of life, the Negro has a double share. There are twice as many unemployed. The rate of infant mortality among Negroes is double that of Whites and there are twice as many Negroes dying in Vietnam as Whites in proportion to their size in the population.” The numbers have changed some, but the bottom line is that African-Americans are not full equal participants in our economy.

How do we fix that? How do African-Americans flex our full economic muscles? How do we reward those corporations that support equality, and punish, through selective buying and boycotts, those who oppose freedom and equal opportunity? How do we stomp with the big dogs like the Koch brothers who buy politicians with the same ease that some of us buy potato chips? Do we even stand a chance?

I think that we have to spend as much time and place as much emphasis on economics as on politics. I think we have to be clear that poverty is a profit opportunity for some corporations. Attorney General Jeff Sessions has already reversed the Obama executive order that would stop the use of private prisons for federal incarceration. But these private prisons are machines of predatory capitalism, and now that Sessions has approved their use, their stocks are soaring. So we have to ask ourselves if our pension funds, mutual funds, or other financial instruments invest in corporations like Corecivic (formerly Corrections Corporation of America, $CXW) and the Geo Group ($GEO). Can we push our investors to withdraw investment from these funds? Or will we be willing, in the name of predatory capitalism, to profit from this chicanery?

Similarly, from Ava DuVernay’s film “13th,” we are reminded of the others who profit from the prison industrial complex, including those who provide meals (Aramark is one of those companies) and phone calls. How much discomfort do they impose on our incarcerated brothers and sisters to make a profit?

Politicians make rules, but money talks when the nonsense walks. We need to spend as much time focusing on economics as on politics. We need to follow the money when we see oppression. And we need to be clear that the clearest path to Black liberation is that path that focuses on economics.