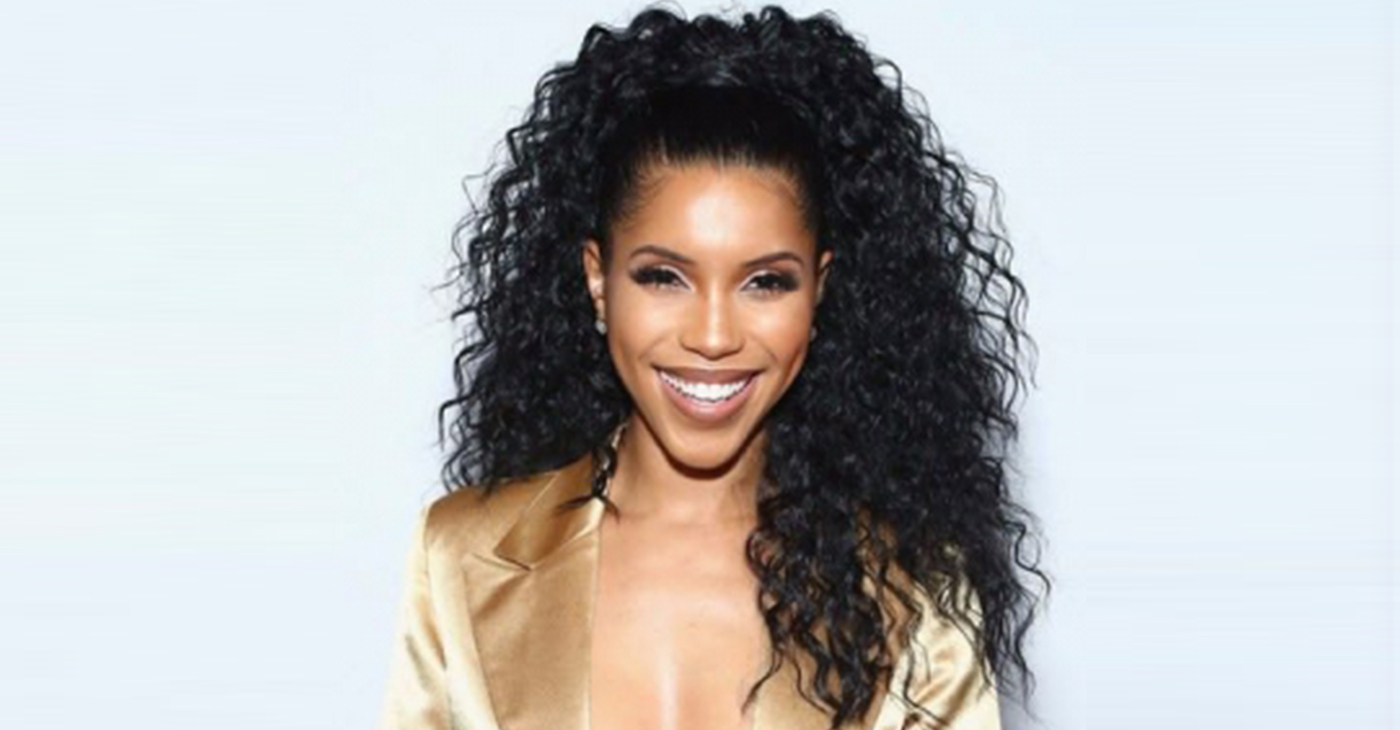 Jasmin Brown is pretty. Jasmin Brown is determined.  Jasmin Brown is fascinating enough to garner one million followers on Instagram (@watchjazzy), but the really cool thing about Ms. Brown is that she’s funny enough to be employed by comedy impresario, Kevin Hart which means that sis is hella-funny!

Brown, also known as Watch Jazzy, started getting noticed with her, now, infamous “in-car” rants and original characters, such as Toya Turnup, Termite and Reggie, Jasmin. Besides scooping up over one million followers on “the gram” she caught and kept the attention of the aforementioned producer/actor/writer Hart, proving that moving from Miami, FL to Los Angeles, CA was a smart, smart move.

Now as the host of ‘Kevin Hart’s Laugh Out Loud’ on Bounce TV the versatile actress who confessed — “I had no idea I was going into comedy” — is making industry veterans who know their way around comedy stop and take notice.

‘Kevin Hart’s Laugh Out Loud’ features a curated collection of the award-winning content from Hart’s popular and celebrated Laugh Out Loud digital service. The 10-episode season is executive produced by Hart and Jasmin “Jazzy” Brown introduces the funny and highly-entertaining segments. The series is produced in partnership between Bounce and Lionsgate Television.

Here is what Jasmin Brown had to share about why she now loves comedy and working with Kevin Hart (Click to watch the promo).

Jasmin “Jazzy” Brown:  Honestly, I find a lot of random things funny. I’m a people watcher so sometimes just seeing how people act in natural situations is funny to me. Other than that, I love relatable comedy.

LAS:  Do you feel that comedy can be therapeutic?

JJB: Comedy can be therapeutic and oftentimes light-hearted and easy to receive. It’s the same way music can share a different message than a “speech” can. We just digest it easier.

LAS: I must know this, name our top three comedians.

JJB:  Wow, I get asked this question often and my favorites remain the same. Eddie Murphy, Martin Lawrence, and Dave Chappelle. Those were the first 3 men that opened me up to characters and being unapologetically original.

LAS:  If you were not making a living in comedy what profession would you choose?

JJB:  [I’d be] an esthetician. I love skin care and different regimens! I could probably open up a spa with all the products I have in my bathroom. Lol.

LAS:  What do you love about comedy?

JJB:  To hear people laughing makes me feel, happy. So much joy and healing come from laughter. If I can make you laugh, I’m healing you in a way. Therefore, you feel close to me for a moment. That’s the feeling I strive for.

LAS: Kevin Hart (in my opinion) is one of the hardest working men in the industry.  Along with talent, he’s driven and disciplined. What’s your take on your boss?

JJB:  Kevin Hart is phenomenal but he’s a normal guy. I think people put so much pressure on him to be funny every day. Even though he is! He’s really just a normal everyday person like you and me. Which is why he’s so relatable and loved. Marathon of KHLOL will run Thursday, July 4, 2019 – 9 episodes starting at 5 pm.

LAS: Thanks. Duly noted, July 4th.  So, what’s next for Jasmin Brown?

JJB: What’s next? I’m back on the road doing my comedy shows so be on the lookout for updates! I’m also in some really big rooms having next level conversations about my passion projects. I’m also a writer so you’ll be seeing stuff I’m producing in the near future! My comedy EP is in development and my first movie “Always  A Bridesmaid” will be screening late October so be on the lookout for that as well!

Kevin Hart’s Laugh Out Loud now on Bounce every Monday night through the summer.

This article originally appeared in the Los Angeles Sentinel.