By Andrew Maraniss, The Undefeated

In the decades to come, Jesse Owens’s record-setting performance at the 1936 Olympics in Berlin, the gold medals he won in the 100-meter sprint, 200-meter sprint, long jump, and 4×100 relay would be celebrated as a powerful rebuke of Adolf Hitler. A black man’s incredible success in a crucible of hate served as the ultimate rejection of the idea of white supremacy.

But this conventional wisdom is an oversimplification on two levels. First, Owens wasn’t the only African American star in Berlin, even in his own events. In the 100, black teammate Ralph Metcalfe finished just one-tenth of a second behind him to win the silver medal. In the 200, black teammate Mack Robinson won the silver, four-tenths of a second behind Owens. Metcalfe joined Owens on the 4×100 relay team. In all, the 18 African American members of the U.S. team earned 14 medals in Berlin, eight of them gold, one-fourth of the U.S. medal count. The entire African American contingent, not just Owens, took the world by storm. Perpetuating the idea that Owens alone shined not only robs others of their due, but leaves the impression that African American greatness at the ’36 Games was an exception rather than the rule.

Second, the performance of these black athletes didn’t change those who believed in white supremacy, in either Germany or the United States. In their minds, there was no way for black people to win; the truth didn’t matter. Stereotypes and hate were so deeply ingrained that any fact or fiction could be used to confirm them. If black people performed poorly, that “proved” white people were superior. If black people were victorious, that “proved” they had unfair advantages as a subhuman race.

When black Americans emerged as the stars of the Berlin Olympics’ first days of track competition, Joseph Goebbels wrote in his diary that “white humanity should be ashamed of itself.” He meant not only for losing, but for even allowing black people to compete. When Baldur von Schirach, leader of the Hitler Youth, suggested to Adolf Hitler that posing for a photo with the champion Owens would be good publicity, Hitler was repulsed by the idea. “The Americans ought to be ashamed of themselves for letting their medals be won by Negroes,” he replied in anger. “I myself would never shake hands with one of them.”

American assistant track coach Dean Cromwell claimed black athletes had an advantage over more “refined” white competitors. “It was not that long ago,” Cromwell said of the black athlete, “that his ability to spring and jump was a life-and-death matter to him in the jungle.”

Louis Lyons, a columnist from the Boston Globe, was one of the few white American journalists to challenge the slurs spewed by observers from both sides of the Atlantic, responding with actual facts. “The best the Nazis have been able to do with the racial problem created by Jesse Owens & Co. is to theorize that these represent a race of American helots, more nearly akin to the panther and the jack rabbit than to their Aryan competitors,” he wrote. “This is a view that conveniently disregards the fact that one of these colored athletes is a Phi Beta Kappa scholarship man, one is in medical school, one a law student and the others are meeting the requirements of American college life.”

The bigoted comments, along with the fact that the world’s grandest sporting event was allowed to be hosted by the Nazis in the first place, illustrate an uncomfortable truth for advocates of sports. To this day, many people believe that sports are inherently good. Any scandal is an exception to the rule. Organized athletics cultivate positive attributes, they believe, including self-discipline, work ethic, and sportsmanship. Qualities such as fairness, respect, and morality are inherent in athletics, goes the reasoning, and nowhere in life is the playing field as level for all participants as it is in the world of sports, where success and failure are determined, without favor, by one’s performance. By appreciating the achievements of athletes from all ethnicities, religions, genders, and nations, these people further believe, we are brought closer together as one human race. There is appeal in the notion that even in a war-torn and hate-filled world, young people from all nations can come together to live and compete in peace.

There were some examples of this in Berlin. By all accounts, the athletes of the world got along well at the Olympic Village, and Jesse Owens struck up a close friendship with Luz Long, his German rival in the long jump, that lasted until Long was killed in World War II. None of this would have happened had there been an American boycott. As author Jeremy Schaap writes in Triumph, his book on Owens, “if not for [Avery] Brundage’s pigheadedness, cunning, Germanophilia, anti-Semitism, and deep-rooted bigotry, Jesse Owens would never have become an Olympian,” let alone a legendary figure.

Even so, rather than studying the Games of ’36 as an example only of the positive value of sports, perhaps we should more closely examine them as a case study of the limitations of sports.

Consider all that unfolded in Berlin for the American team. When it came time for the men’s 4×100 relay, two runners slated to be on the team, Marty Glickman and Sam Stoller, were dropped at the last minute without rational explanation. It was Stoller’s 21st birthday. He spent the occasion not celebrating a gold medal victory but sobbing in his bed at the Olympic Village. Why were Glickman and Stoller, two of the rare American athletes in history to arrive at the Games and never have a chance to compete, benched? They were the only Jewish members of the U.S. track team. Many people believe American coaches and officials acted to spare Hitler the “embarrassment” of two Jewish athletes winning gold.

Others say favoritism, not anti-Semitism, was at play. Dropping the pair allowed two sprinters from Cromwell’s team at the University of Southern California to compete. Either way, sports had provided a venue for a breach in ethics and fairness.

On the women’s team, a similar scenario played out when Louise Stokes was told she wouldn’t compete in the 4×100 relay. For the African American Stokes, it was the second time she was denied the opportunity she had worked hard to earn.

At the 1932 Olympics in Los Angeles, she had also been pulled from the race. Two times she had been on the verge of becoming the first African American woman to compete in the Olympics, and twice she was denied. Even on the way to the ’32 Games she had been victimized. White teammate Babe Didrikson, often lauded as the first superstar American female athlete and therefore a champion for women’s rights, poured a pitcher of cold water on Stokes and black teammate Tidye Pickett on the train to L.A.

Something else was conspicuously absent from the proceedings in Berlin: African American basketball players. Every team that had competed in the U.S. qualifying tournament was all-white, evidence of the separate and unequal status of American basketball at the time. AAU teams hadn’t integrated yet (in part reflecting the racist hiring practices of the companies that sponsored them), and black people played for segregated YMCA teams, none of which were invited to the tournament. Only a handful of predominantly white colleges had desegregated their programs.

Many of the best African American basketball players in the 1930s played professionally for barnstorming teams such as the Harlem Globetrotters and New York Renaissance and therefore, as non-amateurs, were ineligible for the Olympics under the rules of the era. Not that it would have mattered. While white Olympic officials were okay with a few black stars competing in individual sports such as track and boxing, there was great resistance to a black presence in team sports.

Giving a black team the opportunity to compete in the trials with the chance to make up half of the entire U.S. basketball team was an unthinkable proposition to the white men in charge. In fact, when UCLA’s Don Barksdale became the first African American Olympic basketball player at the 1948 Games in London, it came only after strenuous objections from some coaches and Olympic officials. Even after Barksdale broke the color line, for decades only a token number of black players were allowed on the U.S. basketball team. It wasn’t until the 1976 Games in Montreal that Team USA had more black players than white.

In their whites-only structure in 1936, U.S. amateur basketball and the Olympic basketball tryout system were hardly different from the policies in Germany that prevented Jewish athletes from joining athletic clubs or competing for Olympic teams.

“Sport as an ideal is not a force for positive social good,” says Sara Bloomfield, director of the U.S. Holocaust Museum. “Sport is a neutral form. It needs positive underpinnings. And, it requires human beings [running it] to assume a sense of responsibility.”

There was no starker example of the neutrality of sport than the stories of the men who medaled in Berlin’s 200-meter sprint. All three men competed in the same event on the same track on August 5, 1936, finishing within 0.6 seconds of each other. Yet their trajectories could not be more different. Sport proved only to be a neutral platform from which their lives evolved.

Atop the victory stand, with a new world record of 20.7 seconds, was champion Jesse Owens, forever to be regarded as a symbol of the triumph of good over evil and an example of the democracy of sport: Give an athlete a fair shot and his or her talent can’t be denied, even in the most hostile circumstances.

Next to Owens, a silver medal draped the neck of Mack Robinson. Four-tenths of a second slower, he lived out the rest of his life in obscurity. But you have heard of Robinson’s younger brother. To this day, he’s recognized as the most important sports pioneer of all time. His name was Jackie, and he played a little baseball.

And what became of the third-place finisher, Tinus Osendarp of Holland, hailed by the sports media of 1936 as the “fastest white man in the world”?

The Undefeated 44 most influential black Americans in history Read now 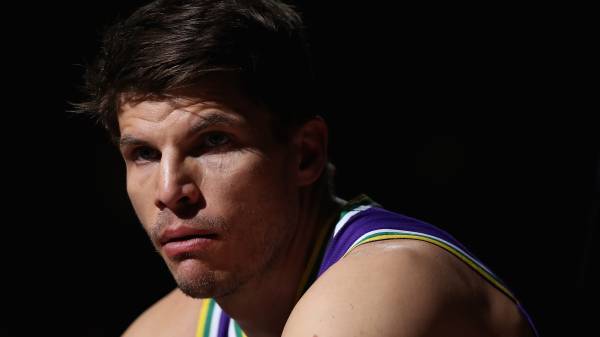 While in Berlin for the Olympics, Osendarp began to admire the Nazis. When Hitler’s army invaded his homeland in 1940, he gladly joined the Nazi secret police.

Osendarp chased down Jewish people and freedom fighters and sent them to die in prison.

Excerpted from the new book, “GAMES OF DECEPTION: The True Story of the First US Olympic Basketball Team at the 1936 Olympics in Hitler’s Germany,” by Andrew Maraniss.

Andrew Maraniss is the New York Times bestselling author of “Strong Inside: Perry Wallace and the Collision of Race and Sports in the South.” His most recent book, “Games of Deception,” on the first U.S. Olympic basketball team at the 1936 Olympics in Berlin, was published in 2019.