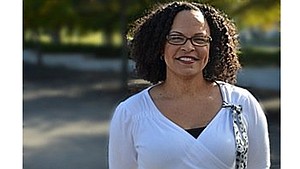 One of the first leaders recruited to Tennessee’s Achievement School District, Malika Anderson helped to usher in a school turnaround model aimed at cutting out central bureaucracy and moving decision-making closer to the classroom.

As she leaves the state-run district five years later, that turnaround strategy remains mostly intact — but the thinking has changed about the best vehicle for accomplishing it.

Anderson talked with Chalkbeat about the changes after her impending departure was announced on Wednesday by Education Commissioner Candice McQueen.

The Achievement School District, which launched in the Race to the Top era by taking control of low-performing neighborhood schools and converting them to charter schools, is now taking a back seat to more localized interventions that are supported or prodded by the state. It’s all part of the shift to more district control under Tennessee’s school improvement plan in response to the federal education law known as the Every Student Succeeds Act, or ESSA.

Anderson will end her two-year tenure as superintendent at the end of this month and plans to take a break before getting back into education, possibly as a consultant.

“Any educator or advocate in school turnaround will tell you, a single year is like a dog year. It takes a lot out of you,” she said.

In a Q&A with Chalkbeat, the outgoing superintendent reflects on what she learned while working with the ASD — and what advice she would give her successor. Her answers have been lightly edited for brevity and clarity.

You just got a new leadership team into place. Why leave now?

I’m making this transition now because we just completed a summer-long complete reorganization of the district with a new leadership team, a new staff, a new charge under the state’s ESSA school improvement plan. It’s now about preparing the ASD to move into the future with greater efficacy and sustainability. I’ve done the hard work of preparing for that transition, and I’m ready to pass the baton to the next leader to take it forward. It was my decision. I gave Candice [McQueen] notice about two weeks ago.

What have you and the ASD learned about school turnaround work in the five years of the district’s existence?

How important the political, economic and social support structures for schools, operators and districts are to enable their success. This is not an either/or thing of focusing on great teachers or focusing on poverty. It’s absolutely all of it and all at once. (This) requires significantly more investment of time, resources and coordination of priorities than I certainly went into this understanding.

Also, the impact of poverty. We cannot say that poverty does matter and then not put the supports in place to address symptoms of it.

What are you most proud of in your time at the helm?

I am most proud of the fact that schools that had been rated Fs by the State Department of Education over a decade ago — and hadn’t made any progress even when standards were of lower rigor — are now getting the attention they deserve. We’re talking about those schools now. That’s huge.

What do you wish you could have accomplished that you didn’t?

I wish that I could have eliminated the Memphis vs. Nashville tension and competition. I really thought that when we were collectively focused on addressing needs of most vulnerable students in priority schools in new ways, that it would have taken us further down the road of deprioritizing many of historical conflicts that arise between Nashville and Memphis.

Those conflicts made it harder for us to do our work. There was political noise that distracted our educators from their core work. They can’t focus on their work when we’re fighting about zoning, student contact information or equitable access for facilities. That is such a distraction and a systematic distraction to our work that I wish I would have been able to more significantly reduce in the last five years.

How significant has Tennessee’s ESSA plan been in rethinking the ASD’s role for school turnaround work in the future?

Very significant. ESSA really prioritizes district empowerment and local control. There is a return to investing more time in district intervening themselves in their schools. (This) means that for the ASD, we will continue to serve as an intervention option, but we’re no longer the only state intervention option. We served as many as six to eight new schools a year and, going forward, the growth of the ASD will be smaller as we support the success of local school districts intervening themselves in their priority schools.

What’s your advice for the ASD’s next leader?

Know and honor the history of the communities that you are serving. There is a hell of a lot of good there, right? And there are warriors who have been fighting this battle on behalf of their kids for generations that should be included instead of us coming in as white knight to save the day.