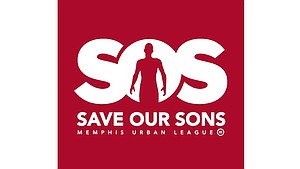 Once you’re “of age,” that well of mentors and support tends to dry up. Why? Because you made it to adulthood as an African-American man. Of course, African-American men don’t need guidance and support once they’re grown, right? The idea that you’d need someone to show you the ropes or help you get back on your feet after a setback . . . that’s ludicrous, right?

If you think that last sentence doesn’t sound right, you’re not alone. Of course, many African-American men need guidance and support in their 20s and 30s. Which is why the Memphis Urban League launched its Save Our Sons initiative in 2016.

“Our target population is men 18-34,” said Tonja Sesley-Baymon, president and CEO of the Memphis Urban League. “A lot of the men that we serve in this program have just kind of lost their way and need some direction, some guidance as to what to do.”

On August 24, the Memphis Urban League hosted its Annual Empowerment Luncheon at the Holiday Inn-University of Memphis. More than 300 people turned out to support the event, which not only shed light on the organizations work, but also honored Memphians who help make a difference.

But the main focus was on Save Our Sons, which hits particularly close to home for Sesley-Baymon.

“For me, it’s personal because my brother, who is deceased, would have been a prime candidate for this program,” she said. “We had the same mother and father, he just made the wrong choices. He found himself at the end of hope. He told me at the time that he was ready to check out because he didn’t know what else to do.”

Sesley-Baymon said her brother did not take his own life; rather he died during a freak accident in the aftermath of the “Hurricane Elvis” windstorm of 2003.

“But he was so talented,” she continued. “And there are so many brothers who are talented, who have the skill sets. They just need somebody to help channel that. And that’s what the Save Our Sons program is all about.”

University of Memphis Head Basketball Coach Tubby Smith was among the speakers at the luncheon. He said that while he’s known he wanted to coach since he was a teen, he also knows that many young African-American men need help figuring out what to do with their lives.

“At that age, they’re changing, they’re unsure about what they want to do,” Smith told The New Tri-State Defender after the luncheon. “So now, you’re floundering around. You’re floundering around, going from here, over there and you not sure about what you’re gonna do with your life. I think that’s when people, young men are very vulnerable to drift in the wrong direction.”

As a college coach, Smith knows he plays a crucial role in guiding his players not just on the court but off of it and well into life. He only needs to look back on his own life to know how important that is.

“I was glad I had someone, and I had that structure and discipline in college that made me stick to my goals and dreams of becoming a teacher and a coach,” Smith said. “That’s why I wanted to be involved with Save Our Sons.”

Save Our Sons’ four-week program starts with assessing where the person is, what challenges they are facing, including a mental health assessment, Sesley-Baymon said. From there, SOS teaches life skills, including financial literacy, finding employment or becoming an entrepreneur. The Urban League also helps participants complete their GED requirements.

“It’s all about empowerment,” she said. “I just believe we have to pour (energy) into our families, and especially our men. They’re supposed to be the leaders. To me, it’s that population that has been kind of outcast. But then we talk about crime and poverty . . . we have to deal with this.

“Sometimes, it feels like (our work) is a drop in the ocean,” she added. “But we have to keep on, one drop at a time, until we make a difference.”

And while the support that Save Our Sons provides is very tangible, there’s another intangible resource that the program seeks to renew among participants: hope.

“Sometimes, these men are like, ‘I’m just tired,’” Sesley-Baymon said. “They’re like, ‘I’ve completed application after application. I have the skill sets. I’ve done my time, paid my debt to society. I just need a chance.’

“And if you’re going through that, you can feel dejected and at the end of hope,” she continued. “And so, Save Our Sons is there to help you. Now, you’ve got to do your part too, especially if you have barriers like a criminal record. But if you do your part, I guarantee you that the Memphis Urban League is here to help.”