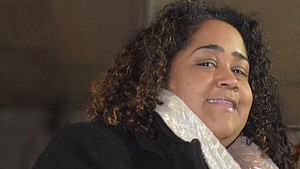 NASHVILLE – The Tennessee Black Caucus of State Legislators Tuesday elected its leadership positions for the 110th General Assembly of the Tennessee House of Representatives. Rep. Raumesh Akbari of Memphis was elected Caucus Chair by acclimation.

Following the vote, Rep. Akbari thanked the caucus members and vowed to continue the fight:

“I’m thankful to colleagues for their support in electing me chair of the Tennessee Black Caucus of State Legislators. As a caucus, we represent all three grand divisions, and urban and rural districts, it’s this collective perspective that gives us strength. Working together, we will aggressively fight for our legislative agenda and for African Americans across this state. I’m thankful to the leadership of Chairlady Gilmore, and I am looking forward to working with the new members of the board.”

Other positions elected Tuesday were: