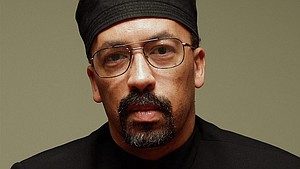 I have been thinking about the controversy surrounding so-called fake news, much of which has been discussed in connection with the November 2016 elections. It is important to understand that “fake news” is a form of propaganda called “black propaganda.” Black propaganda refers to information that is manufactured to appear as if it is coming from one source when it is, in reality, coming from somewhere else.

In the early 1970s, during the height of the Black Panther Party, a children’s coloring book surfaced that was inspired by the Black Panther Party. It was targeted at children and was available in offices of the Black Panther Party. I remember looking at it once and noticing that one of the “stories” in it had children shooting police. I thought that was a bit intense, but it was only years later that I discovered that the coloring book had not been created by the Panthers at all. It was a creature of the COINTELPRO operation of the FBI, which utilized such techniques in order to discredit and destroy the Panthers. This was an example of “black propaganda.”

In 2016, it became clear that there have been Internet sites that have circulated an immense amount of false information. These are not from official news agencies. A dramatic example of this was the false allegation that the Clinton campaign had a pedophile ring in Washington, D.C. Someone who believed this story went so far as to show up with a rifle to “investigate” the allegation.

Fake news is not new. What we should have learned over the years is that the best defense against so-called fake news is to question what you read. The fact that something appears on the Internet, even from what appear to be reliable sources, does not mean that it is true or accurate. Further, even very sincere people can fall prey to a hoax, as I am sure most of us will admit.

I was doing a training recently and the matter of accurate information came up. The basic question facing the class was how can one know what is true? That is not a new question but the answer remains the same. In the face of any information you must identify and validate the source; one should check to see whether there is independent corroboration; and then determine whether you believe that it is consistent with other information that you know to be accurate.

In all cases, there will be debates around how to interpret any information or data. But interpretation is completely different from agreeing on the facts themselves. The suggestion, for example, that there were masses of Muslims in New Jersey cheering the 9/11 terrorist attacks was backed up by NO facts. Nevertheless, it was spread around the Internet, because of the person who claimed to have seen it. Fake news, indeed.