Ma (R for violent and disturbing material, language throughout, sexual content, and for teen drug and alcohol use) Harrowing horror film revolving around a lonely woman with a secret agenda (Octavia Spenser) who lets an unsuspecting group of teens party at her house. Featuring Allison Janney, Juliette Lewis and Luke Evans.

For the Birds (Unrated) Biopic about Kathy Murphy, a woman whose 200 pet ducks, chicken, geese and turkey are putting her at odds with her husband and animal activists.

The Fall of The American Empire (R for strong violence, sexual nudity and profanity) Crime comedy about a truck driver (Éric Bruneau) who accidentally stumbles upon a stash of dirty cash. With Maxim Roy and Maripier Marin. (In French and English with subtitles) 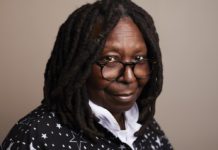